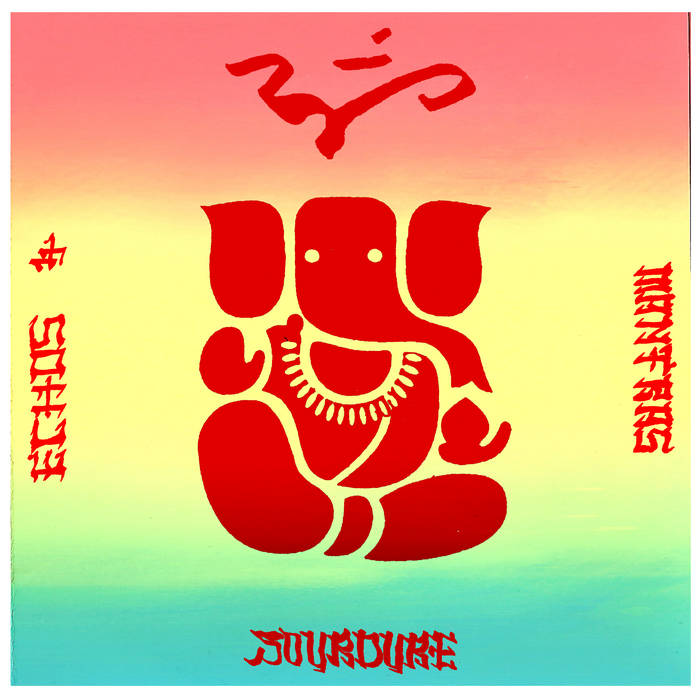 In June 2016, the great-outdoors music festival Echos asked Ernest Bergez aka Sourdure to produce a series of ten «mantras» set to be diffused in between each concert of the twenty-four hours event taking place in the french Alpes. These ten pieces were played on the festival’s gigantic speakers/ horns system in the afternoon, evening, night, mor- ning, noon... and reverberated fully in the rocky valley.
This edition gathers the eld-recording-like captures of the tracks delivered once again through the system later that year by Ernest Bergez with the help of Frédéric Bernier, Joachim Brissaud and Julien Dessailly.
All instruments by Ernest Bergez except the Gaida, the Uillean Pipe and the Low Whistle by Julien Dessailly.
The tapes contain three complementary pieces composed from the original recordings (June 2016 and November 2016) and recorded in Royat in May 2017.
A highly esoteric and cosmic soundscape journey, to be played at maximum volume! Ernest Bergez deeply thanks Association Dôme and Association Les Villages des Jeunes.
______________

All tracks composed and played by Ernest Bergez in June 2016.

Recorded in November 2017 at La Ferme du Faï, with the help of Joaquim Brissaud, Fred Bernier and Julien Desailly.

Additional parts on tracks 3, 6 and 9 where composed and recorded by Ernest Bergez later in 2017 in Royat.

Originally released as a triple cassette tape by Standard in-Fi, 2017.

Artwork by Sauvage and Druid-High, printed by Antoine Lambin at Société Ecran.