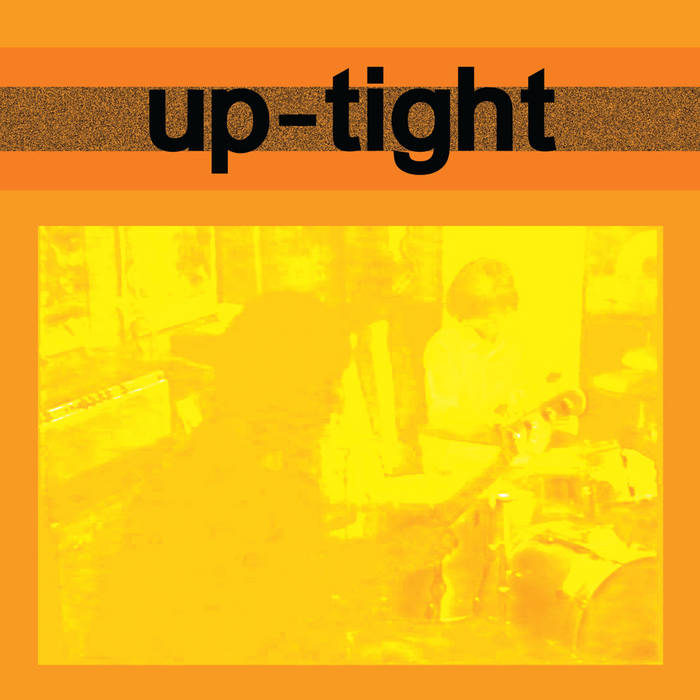 Aaron Goldberg Unbelievable psych-rock jam outs. Yes, the comparisons to primo WL/WH VU and primo ‘live 77l’ LRD are apt. I wish i knew what pedals they used to get those truly monstrous lava flows of sculpted feedback on some of these tracks, they are truly astonishing!!. The most gentle of ballads erupt into Godzilla like tsunamis of dense, textural noise. Dig deep!

Based in Hamamatsu/Japan, this three piece psych group with history dating back to 1992 has released around 10 records since. UP-TIGHT current line-up is original members T.Aoki (vocal & guitar) T.Ogata (bass) and T.Shirahata (drums). The ghost of The Velvet Underground, Les Rallizes Dénudés, and Amon Duul, loom large over their Personal feedback song-distruction universe.

This LP is the first re-issue of their original CD-R only release in Japan in 1999 in a very limited edition (100 copies) and sold during their live show. It has been remastered in Berlin from orginal recordings and produced to 300 copies !

Here is what David Keenan (WIRE magazine) thought about this first CD-R released in 1999 :
« UP-TIGHT are a noxious young trio from Japan, all acolytes of the legendary Japanese psych group Les Rallizes Dénudés, who augment their sound with crushing, Sabbath-styled dynamics, earsplitting acid leads and beautiful Velvets-inspired ballads... If song structures are mostly kept loose, allowing for lots of noisy improvisation, generally the disc is anchored by heavy riffs. Just when you thought you'd got to grips with Tokyo's paradigm destroying psych scene, this one hits like a sucker punch.»

All songs are 5 to 10 minutes range, from very melodic ballads to psychedelic journey, culminating in a final epic track : 無題 (Non-Title) an 18 minutes tour de force, that brings you to another dimension as if the Velvet Underground Sister Ray’s would have a child with Acid Mothers Temple, while listening to Amon Düül.

UP-TIGHT are the generation that emerge with the madness of the Tokyo 90’s and all the P.S.F Records scene. Close to Acid Mothers Temple (They recorded an album with Kawabata Makoto), the band has a unique sound and is one of the most important underground reference in the actual Japan Psychedelic scene.

This is second release of DESASTRE, created by Vincent Mare in Paris, after the now sold-out DST-01 : FRANCE « Meltdown Of Planet Earth », a monumental 56 minutes long track ! recorded live in Paris in 2014 and released in a very limited CD-R edition, silk screen cover, with artwork made by Donnie Ka and Jeremie Sauvage (bass player of FRANCE and owner of Standard In-Fi label). This first release was a real collaboration with the band that finally led to the second release.

The artwork UP-TIGHT LP has been created by Jeremie Sauvage, as STANDARD IN-FI VISUALS, his creative artwork structure. It makes a natural link between the two relases of DESASTRE. Jeremie took inspiration in the actual Japan sub-culture network that also make an echo to previous generations of Japanese bands and different culture heritage. The LP artwork is radical and extrem. It make a strong echo to the music of the band. the picture with a voluntary very pixelized effect has a rough luminosity that really can absorb the listener to a univers of matter. The musicians are almost invisibles, you just see forms, they are submerge in a total vibration. The picture is a landscape to bring you on a journey.