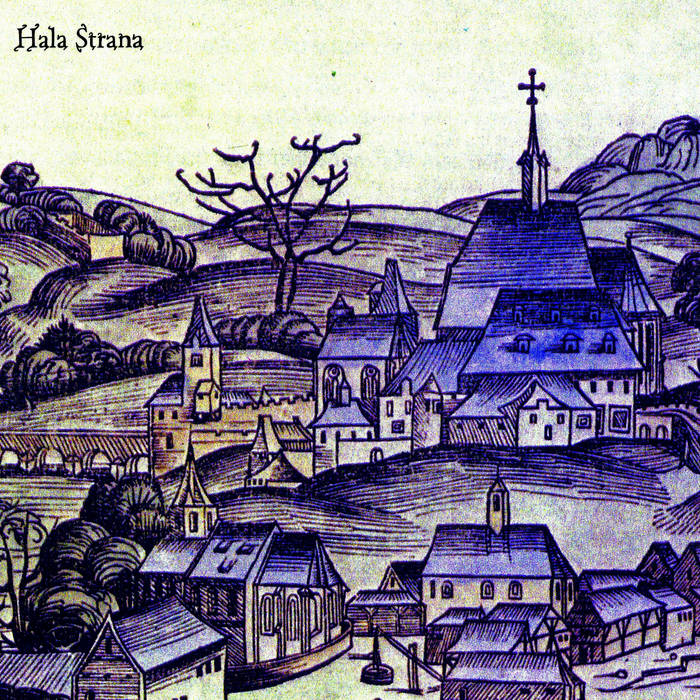 HALA STRANA is a summation of Steven R. Smith's interest in the traditional folk musics of Central and Eastern Europe. By incorporating the melodies, scales, and instrumentation of the village music from areas such as Croatia, Hungary, Romania, the Czech Republic and Poland, Steven has pushed his music into yet another new territory. This is not ethnological preservation, but a starting point. In the same manner from which The Band transformed the sounds of early Americana into their own brand of timeless music, HALA STRANA has abstracted these melodies and turned them into something uniquely their own.

Like his previous solo work, HALA STRANA’s richly layered sounds are carefully placed but have a spontaneous feel. Instruments like gourd guitar, clay flowerpots, harmonium, accordion, glockenspiel, violin and even bottles find their way into the mix.

Performed on an array of atypical instruments, the songs, all instrumentals, have a magnificient sweep and grandeur but also a Baroque sense of storytelling and commanding sometimes mournful, instropection, a tension that persistently creates a mood of captivating dislocation.

HALA STRANA consistently locates the source of their esoteric power, the part that suggest specific cultural heritages. The brilliance of the album lies in where thoses evocations lead, to what ends they are taken – luxurious, complicated cities of the imagination, landscapes at once tangible and unknowable.
Originally recorded in may 2002, this is the first vinyl reissue of the debut full length.