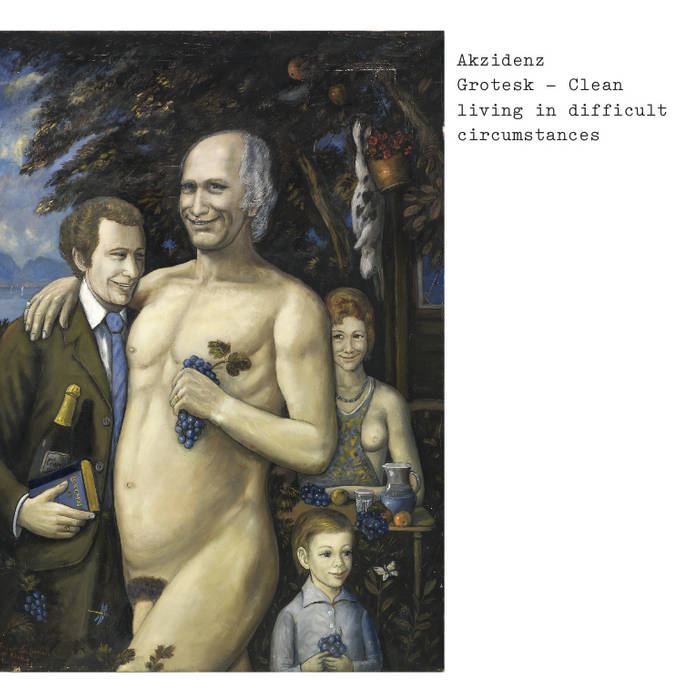 Highly anticipated debut full-length by the enigmatic electronic
producer Akzidenz Grotesk. “Clean Living In Difficult Circumstances”
is a subtle blend of organic music, uplifting electronic grooves and
hypnotizing minimal techno rhythms.
5 years in the making, lost and found, buried then unearthed, often
mentioned as a mystery of mythical proportions...The Akzidenz
Grotesk album is the stuff legends are made of: a true odyssey,
oniric and adventurous, a mind-healing ride through illusions. Rest
assured though: "Clean Living in Difficult Circumstances" does exist.
Yes, the first (and last?) full-length Akzidenz Grotesk release is out
now on Mental Groove.
Surrounded by musique concrète while growing up in the outskirts of
Reykjavik, haunted by early 90s dance music as a teenager, half-
Chilean/half-Icelandic genius Gustavo Hjindervsson created his own
world of music, an intriguing bubble which is finally bursting for us
(the real world) to discover.
Consisting of songs composed between 2000 and 2005, "Clean
Living in Difficult Circumstances" offers what you would expect (and
that means what you're not expecting) from Akzidenz Grotesk:
Detroit influences (Juan Atkins, Kevin Saunderson, Carl Craig)
dragged through sometimes angelic sometimes somber pathways,
uplifting electronic grooves, sex-heavy deep house funk, hypnotizing
minimal techno rhythms, and ethereal visions for the third-eye
aware.
The conclusion is that there is no conclusion, as "Clean Living in
Difficult Circumstances" will follow the path of all great musical
myths: a comfortable place in eternity. Mortals, enjoy it while you
can!