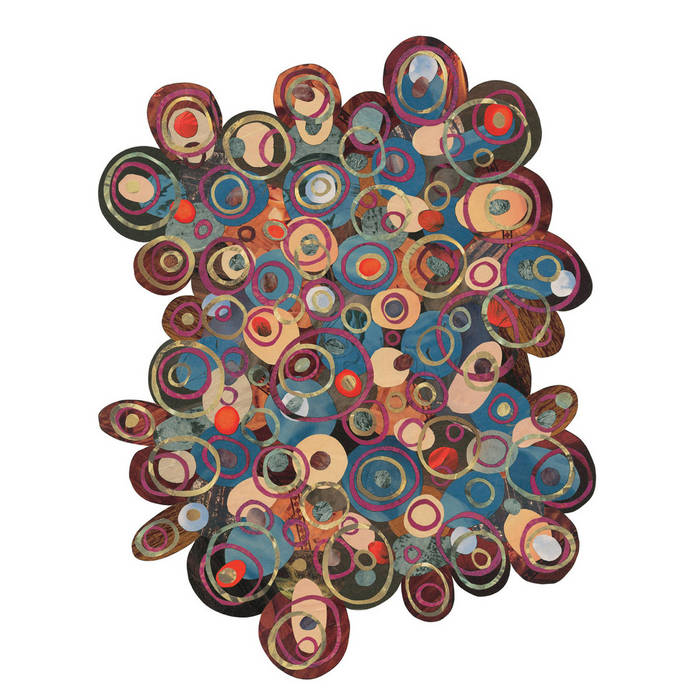 "The 50 best IDM albums of all time"
Pitchfork

"A liquidy headbox of aural shapes, whose forms hardly change yet seem to encompass infinite viscosity within them, like rainbow pools of oil on water"
Wire

"Before IDM became a nation of Aphex and Autechre cosplayers, the genre was less defined by aesthetics than by a shared ideology. Here was a loosely connected axis of post-rave kids, united by little more than a shared willingness to subvert the tools of their techno idols and create sounds that hadn't previously been imagined. No record of the era better embodies this find-a-machine-and-freak-it ethos than Islets in Pink Polypropylene, the otherworldly debut by British producer Anthony Manning."
Pitchfork

"It’s refreshing to hear an all-electronic album that sounds so organic yet so totally alien."
Fact

"One of the UK’s first post-rave ambient records proper; sharing much more in common with Autechre’s Amber or AFX’s Selected Ambient Works Vol. II - which were both released in that same year - than anything else before or around it."
Boomkat

For fans of avant everything innovative and experimental music.

The whole album was composed and realised on the Roland R8 drum machine. It followed the same process as the Elastic Variations pieces, with the major addition of many, many hours of editing.

Each piece was composed as a series of patterns, of varying lengths ( 5,6,7 bars long ). The stock R8 sounds were embellished with one of several ROM sound library cards ( mostly the Dance card, number 10 ).

These patterns were created by tapping out a rhythm, then, in real time, using the Pitch slider as the pattern looped, to create improvised melodies for each of the pattern's voices.

The rough version of each piece was built by stitching the patterns together as a song, listening to each addition over and over, to make sure the melodies flowed into each other in a vaguely coherent manner.

Once this initial rough structure was in place I set about fine tuning every single note.

The R8 doesn't allow you to assign a pitch to a note in the conventional sense. It's not possible to assign a pitch of Middle C to the first note of the first bar. Instead, it assigns a numerical value to a note's pitch, between -4800 and +4800 ( I think those numbers are correct - that little screen is seared into my memory ).

If you restrict all notes within a piece to a mulitple of, say, 400, you therefore create the possibility of a sort of scale. For multiples of 400, you have a total number of 24 permissable notes. However, most of the percussive sounds, when pitch shifted, only sounded 'good' over a reduced range.

The first editing step was to go through the entire piece, and change every note's pitch to its nearest multiple of 400.

The second step was to draw out the entire piece on graph paper, the Y axis being pitch, X being time. This drawing gave me a visual sense of a melody's flow. It was easy to see too many notes clustering around too tight a pitch range for instance, or a single note straying way down into the lower register while all others at that point in the melody were in the upper.

Once these first 'clearing-up' edits were complete I could set about re-writing elements that didn't sound right melodically. Often this meant stripping out whole chunks of superfluous notes, to reveal a cleaner melody line, then shifting its shape slightly. If the flow of the line of dots on the graph 'looked' balanced and sweetly sinuous, then often it sounded so.

This entire process took many weeks per piece. Weeks of doing almost nothing else. Listening. Re-drawing. Re-writing. Listening. Round and round and round. When I could hear the whole thing in my head, from beginning to end, and nothing seemed to jar ( too excessively ), I knew it was done, time to move on.

I imagine it's very similar to the process of stop animation. Your days are filled with painfully tiny incremental changes that seem to be getting nowhere. Then, slowly, a shape, narrative, starts to appear. Then, all of a sudden, somehow, it's done.

When all the pieces were complete the R8 was taken into Irdial's studio where some simple effects were added, each voice recorded individually for clarity onto 8-track tape and mastered onto an ex-BBC half-inch tape deck.

Then I slept. And vowed never to do it again.

Soon after finishing the pieces I happened to read a magazine article about Christo's "Surrounded Islands" installation with the music playing in the background.

There was something about a particular cluster of words within a random sentence that seemed pleasing and somehow appropriate.

"Islets in Pink Polypropylene" seemed to make as much sense as anything else.