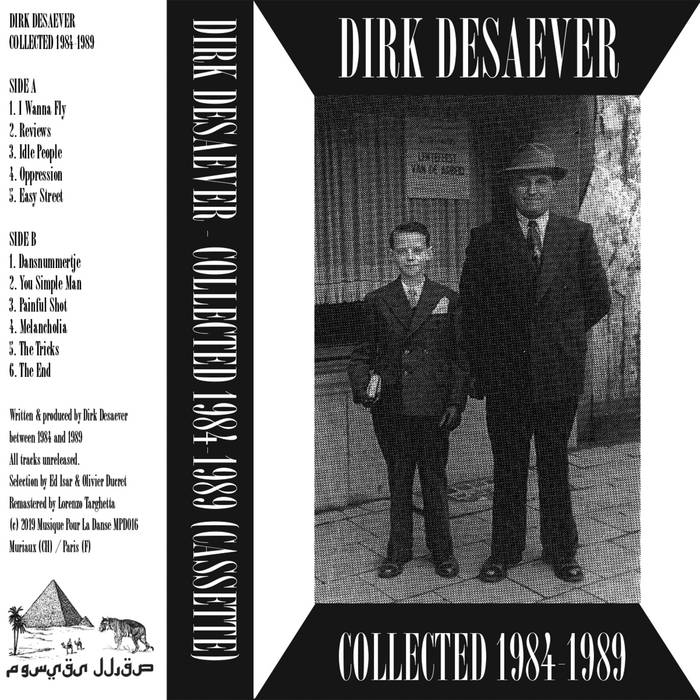 pissin in your elevator

Musique Pour La Danse is thrilled to present its latest anthology, the label’s most ambitious release since it the extensive anthology of music produced by the late New Beat pioneer Ro Maron back in 2015.

This time label managers Olivier Ducret (Muriaux, CH) and Ed Isar (Paris, FR) have focused on another essential Belgian producer: Dirk Desaever, the man behind White House White, A Thunder Orchestra and Danton’s Voice. Rare and sought after, his records fetch high prices among collectors. Some of his productions under these aliases have appeared in crucial compilations such Geert Sermon’s Sound of Belgium, Minimal Wave’s Hidden Tapes as well as Walhalla’s Underground Wave, along with edits by Mick Wills for Biorythm and Marcel Dettman for Dekmantel.

What was initially supposed to be a simple reissue affair soon turned into a much wider project, as Desaever shared heaps of amazing unreleased material with the label. It seemed much more interesting to shed light on the dark (more shadowy, wicked etc.. – pour ne pas utiliser dark) side of this producer’s body of work.

After listening to noisy tape rips over and over, Ducret & Isar opted to break this release down in three formats (EP, LP distributed via NEWS and a cassette exlcusive via the label), each one with different content. They entrusted sound engineer Lorenzo Targhetta with remastering the music and it’s impressive how much he managed to polish the sound without altering the unmistakable grain of music committed to cassette tape.

THE CASSETTE (100% unreleased content)
The cassette version of Collected 1984 - 1989 is 100% unreleased, with a focus on a more vocal / new wave / synth pop / bedroom EBM aspect of Dirk Desaever's works, that kinda asked to be released on this specific format, and urged to be played on an walkman while walking in the city during sunset, or cruising on the Belgian motorway in your car stereo.