by CRON aka Todd Sines 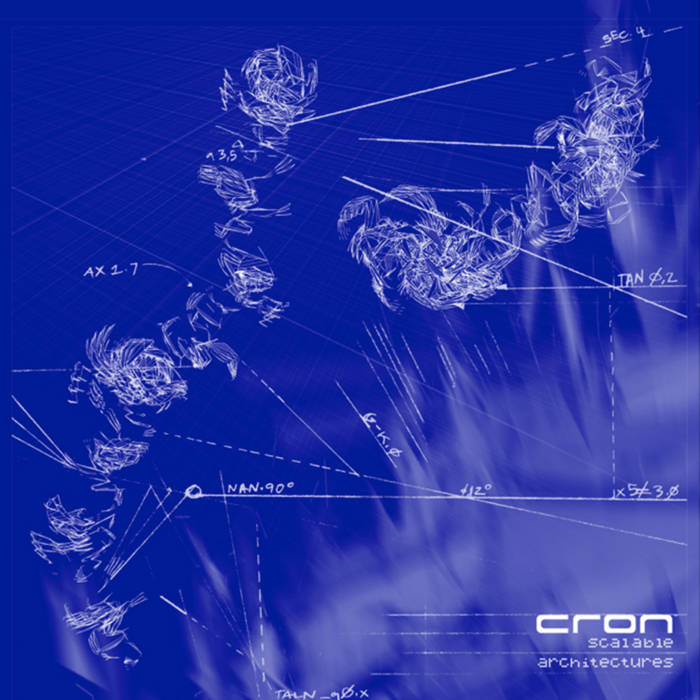 Todd Sines:
Inspired by early electro-pop and hip-hop like Art of Noise, Herbie Hancock & Whodini, the legendary Todd Sines began creating music in the late 80’s, ranging from post-punk and industrial to techno and house. His experimental yet melodic techno and stripped-down house music caught the ear of Carl Craig and Daniel Bell, who helped him release records on the Planet E, 7th City and Peacefrog labels in the mid 90s. Twenty-plus years into his career, his recording studio still features a nearly all-analogue hardware environment, with tape machines, sequencers, synthesizers, and many DIY / home-brewed instruments, all the better to help him conjure a future-thinking sound from times past.

Cron:
Cron is a project where Todd Sines focused on his long-running passion for electro music by exploring a specific set of machines composed of a Synton Vocoder SPX216, a Yamaha DX 100 and an Arp Avatar in a vibe completely different from his .xtrak alias or productions released under his own name. The record visual presentation was equally important as it features 3-D objects created Todd Sines through intentional misuse of mathematical functions, creating unique forms and “scalable architectures”.

This EP features an experimental intro + five highly danceable futuristic electro tracks of deep, sharp-edged electric grooves and hypnotic warm cuts that are each an exploration of a “less is more” approach to production.

Please find the complete 1995 liner notes below for more information.

Complete “Cron - Scalable_Architectures” 1995 release infos:
The software utility Cron is a time-based job scheduler in Unix-like computer operating systems. People who set up and maintain software environments use cronto schedule jobs (commands or shell scripts) to run periodically at fixed times, dates, or intervals.
"I had an early affinity for electro: Art of Noise, Yello, Whodini, Newcleus, the Beat Street soundtrack, etc. I breakdanced to Herbie Hancock’s Rockit at my dad’s wedding in 1983. Finally heard Kraftwerk’s Electric Cafe in high school, which deeply influenced me. I was fascinated by Unix at the time of writing the cron and .xtrak material [1994-1997], in addition to how instant communication and gratification, via the internet, would end up changing everything. I first got online in 1992, and we were connecting people to come to our ele_mental events with flyers, posters, word of mouth, voicemail, but also, the *internet*, something of a novelty at the time. We would set up a VT100 terminal in May of 1993, allowing the event attendees to talk to each other via “vrave”, created by Apache’s Brian Behlendorf, which allowed for realtime group chats around the world. In meaning, whereas .xtrak was a play upon the .xterm GUI terminal application for Unix’s X windows, cron was a task scheduler, which you could sequence events, say, a backup of the daily log, etc. and it would execute tasks at a regular Interval [our new postpunk / industrial / EBM project]. Throughout my early gear collecting at second hand shops in Midwestern Ohio, l found a Synton vocoder SPX216, Yamaha DX100, and Arp Avatar, and started working on some material that wasn’t .xtrak, Enhanced, or “Todd Sines” — it had it’s own vibe. Cron was born through my exploration of these machines, but the visual presentation of the EP was also equally important. I started to create 3d objects using L-systems, a mathematical function that uses recursion to iterate a formula, used often to model 3d trees and vegetation. Intentionally misused, I created these unique 3d forms that would become the artwork of “scalable architectures”, another play upon computer network / system technology that can grow as the systems' needs increased.

Musique Pour La Danse:
MUSIQUE POUR LA DANSE is a label created by Olivier Ducret of Mental Groove, it is managed by himself and Ed Isar. It is about collecting and archiving definitive and inestimably valuable works by key dance / electronic / wave producers from the late 80s early 90s and digging with them classics, hard-to-find and unreleased gems from their vaults to bring them back for your sole and only pleasure. Stay tuned for more music for dancing and beyond from Nate Krafft, Todd Sines, Dirk De Saever, Olivier Abbeloos…