by The Living Room [Orlando Voorn] 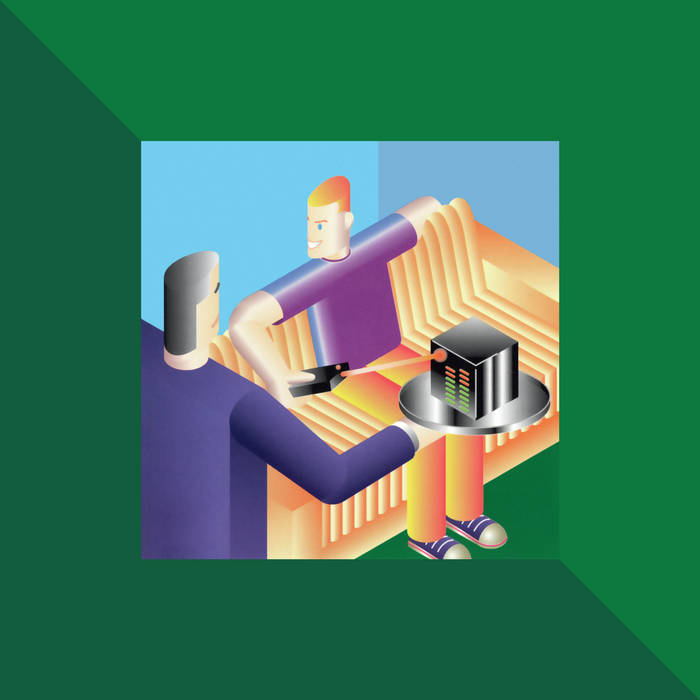 Praised unequivocally by those lucky enough to have heard it, this criminally underrated record nonetheless deserves pride of place when talking about forward-thinking electronic music from the early 90s

While it is widely acknowledged that Orlando Voorn’s productions are one of the most fascinating prisms through which to experience a European take on the Detroit sound, Roomservice is also a strong reminder that the paradigm shift from sweaty raves to enhanced home listening, championed by Warp’s Artificial Intelligence series, early Rephlex releases, along with projects such as The Black Dog, Plaid or Autechre was in fact not only limited to British artists.

As its name indicates, The Living Room is not geared for warehouses but instead interested in a more intimate and domestic setting. As such, it does not contain over the top bangers, but it’s hard to find any filler in this album where all the tracks are killer, catchy and memorable. All displaying a sophisticated yet immediate focus on warm melodies and grooves no heavier than a feather, these emotional cuts provide a wonderful and intricate soundscape for introspective listeners to explore, and they will surely find echoes of ideas developped by Manuel Gottsching, Steve Reich and Pat Metheny scattered accross the album.

While some tracks are rhythmic and would fill a dancefloor in a second with their four to the floor or broken beats, the album also gives room for more ambient excursions to occur and develop brilliantly. But once again, it’s more likely you’ll end up dancing on your couch rather than dozing off.

2020 might be the most difficult year in recent history for dancefloors worldwide, yet that’s not going to stop Musique Pour La Danse from reissuing this gem of an album for listeners, dancers, and DJs of today and tomorrow.

Roomservice is reissued and remastered in DLP format with three bonus tracks.
Remastered digital is only available here.

All tracks by Orlando Voorn in 1994
A&R by Olivier Ducret and Ed Isar
Licensed from Be Yourself Music, thanks to Berry and Dick
Remastered by Clovis Jean XV at Château De Cranves-Sales
(p) & (c) 2020 Musique Pour La Danse (CH)+(F)
Vinyl distributed by NEWS (BE)