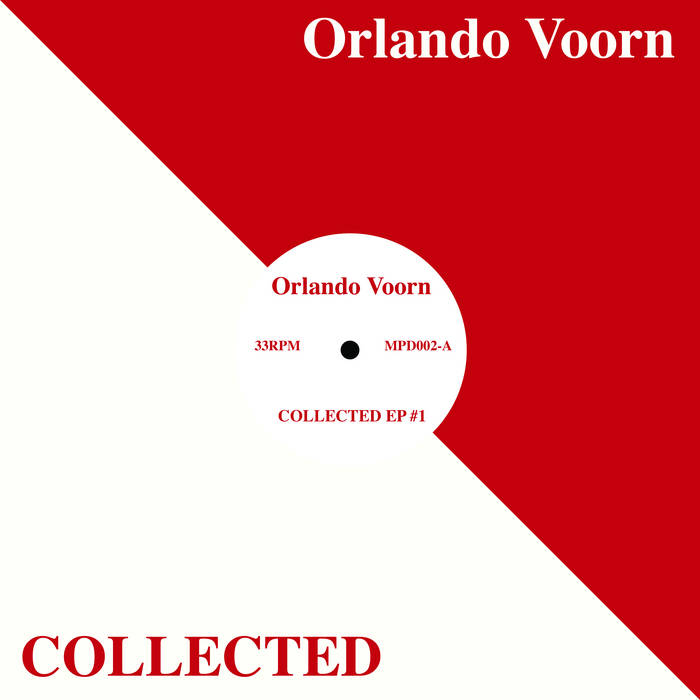 Laru You gotta believe in something, why not believe in me Favorite track: Abraxas - I Gotta Believe Believe.

He who started in the late 80's as a successful DMC DJ in The Netherlands, mixing electro and hip-hop tracks, established thenafter an historic musical connection between Amsterdam and Detroit. Orlando Voorn's unique signature of early productions, analog tweaks, funky beats and cosmic chords, quickly attracted the attention of the like of Juan Atkins and Kevin Saunderson, for which he produced game changing classic tracks like "Game One (as Infiniti)" and "Fix (as Flash)" in the early 90's only to continue to do so until today on numerous labels (R&S, Fragile, Nightvision…) and under various aliases (Playboy, Ghetto Brothers, Format…).

First Ep (of four) announcing the forthcoming Orlando Voorn COLLECTED double CD that will showcase what we believe is the best from the Dutch producer in his early days. This EP focuses on the housier side of Orlando Voorn and gather on one slice of wax 4 useful classic tracks for the djs.

*Musique Pour La Danse, the label and the COLLECTED serie:

COLLECTED is about... collecting definitive and inestimably valuable works by key dance producers from the past and digging with them classics, hard-to-find and unreleased gems from their vaults to bring them back for your sole and only pleasure. Stay tuned for more house music and beyond.