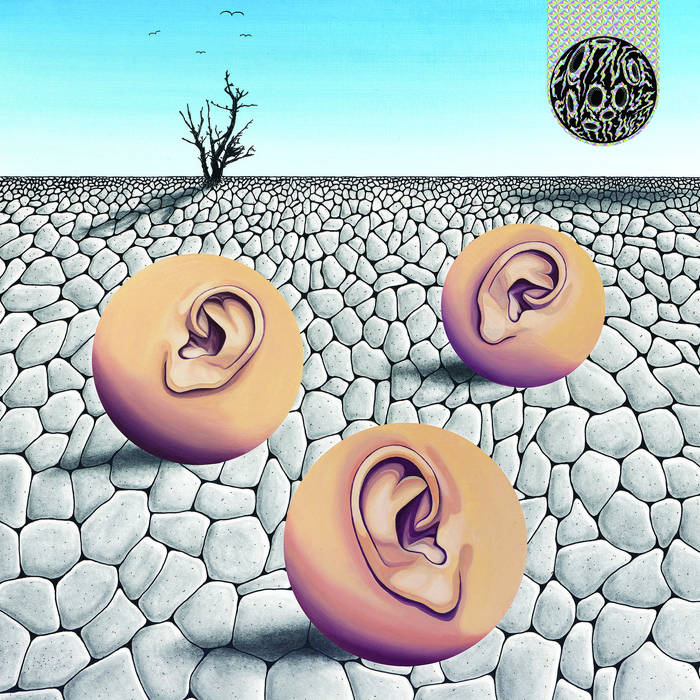 Michael Carter I cannot get enough of this,taken away from reality,you just do not want to come back,track down every release from this band,addiction,oblivion!

Gavin Hellyer Full throttle high beat assault from a French group that performs in the middle of their audience facing inwards toward each other. With a considerable use of lights to compliment the aural attack it must be quite an experience. Hurdy Gurdy men.

This was the band's first gig outside of their usual comfortable friendly circle and thus was perceived as a somewhat hostile environment.
This was where they met the fellows of Les Potagers Nature who will later release France's debut untitled album.
This one does bring back many memories, and to be sure the time warp is clearly distinct, the record is to be read inside out.... and the story goes on.

Recorded by Mathieu Tilly on camera (the film exists but the images are blank!)
Mastered by Ernest Bergez
Artwork by Khawhigh Visuals (Druid High & Juliette Khawam)
Special thanks to Arnaud Bruil for helping us book that tour : meeting up on myspace (!) because his band's name was, and still is, France Sauvage ... what's up motherfuckers?!! See you on the road!