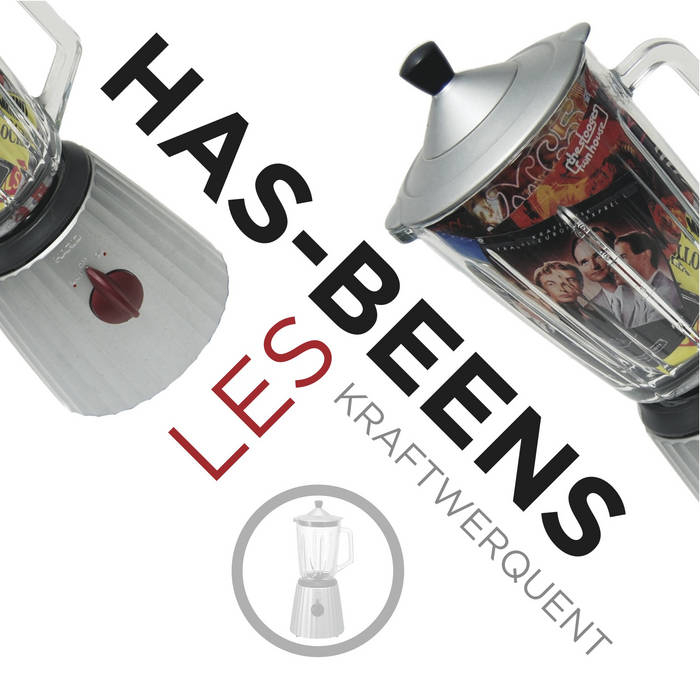 Paul Clarkson Sounds like The Who in the mid-60's bashing out cover versions of Kraftwerk during a rehearsal. Great fun! Favorite track: AUTOBAHN.

(hăz’bĭn’)
n. informal, pl. has-beens
One that is no longer famous, popular, successful, or useful.

While accurate for most washed up middle-aged rock musicians, the above definition does not apply to Les Has-Beens. Indeed, despite having relentlessly tried, the individual members of this exciting new musical group have achieved neither fame nor fortune and have stopped chasing success long ago.

To truly demonstrate their usefulness though, we need to take a quick look at the history of Rock & Roll itself. In the past, this art form was primarily enjoyed by young adults who indulged in it as a type of primal rebellion against the establishment and a sure way to drive the older generation up the wall. Nowadays, the enthusiasts have matured and the roles have been reversed. While today’s youth is busy chatting and texting each other, their parents, yesteryear’s rock rebels, can now torment the young brats with the same dumb loud racket they treasured back in the day when they were mindless idiots. A warm feeling of nostalgia adds a non-negligible aspect to the experience. Rock & Roll is here to stay, and in this context Les Has- Beens are a welcome addition to the shrinking number of serious pretenders to its throne.
This selection of songs by German electronic pioneers Kraftwerk was recorded in a single day without prior rehearsals. This inventive music should fit nicely somewhere between Detroit & Düsseldorf into any connoisseur’s collection and will hopefully bring the performers a tiny bit of the well-deserved success that has eluded them so far.